If you’ve been holding out on picking up every season of Game of Thrones, well, then, you’re in luck because HBO Home Entertainment has finally released its The Complete Series box sets! Each set will contain all 73 episodes of the critically acclaimed eight-season fantasy series as well as over 15 hours of bonus content, including HBO’s Game of Thrones: The Last Watch documentary, and never-before-seen footage, including an extensive Game of Thrones: Reunion Special hosted by Conan O’Brien – which is exclusive only to The Complete Collection and The Complete Series box sets.

The Complete Series box set is available for $199.99 while The Complete Collection retails for $249.95. Both sets are now available at Best Buy, Amazon and anywhere Blu-rays are sold.

Additionally, if you’ve been picking up the series season-by-season, the stunning eighth and final season has also arrived individually on 4K Ultra HD and Blu-ray. That set is available in a standard edition and a Steelbook edition.

New York, N.Y., June 26, 2019 – Rally the realm on December 3rd as HBO is releasing all eight epic seasons of one of the most talked about programs in TV history with Game of Thrones®: The Complete Collection, an ultra-premium, limited-edition Blu-ray™ set. This must-have collectible exclusively features Game of Thrones: Reunion Special, a two-part reunion show with cast members from the final season including Kit Harington, Emilia Clarke, Sophie Turner and more, as well as previously departed fan-favorites like Sean Bean, Jason Momoa, Mark Addy and others. Hosted by Emmy®-award winning host Conan O’Brien, the reunion was shot in front of a live audience in Belfast and includes segments of footage from both the show and behind-the-scenes, highlighting a variety of topics that are sure to captivate fans.

Game of Thrones®: The Complete Collection is packaged in a visually stunning wooden shadow box case, featuring beautiful, multi-layered panel designs by Robert Ball (the artist behind the “Beautiful Death” series) that summarize the Game of Thrones story. Each season is represented by a different layer, showcasing iconic characters and memorable moments from the show, all clambering toward the Iron Throne. The set also contains a “Hand of the King” pin clasp, which holds all nine custom plated disc sleeves. Click HERE to preview an unboxing of the set.

Based on the best-selling novel series by George R.R. Martin, Game of Thrones holds the record as the most awarded series in television history, earning a total of 132 Emmy® nominations and 47 wins to date. The megahit drama also stands as HBO’s most-viewed program ever, with the final season averaging a record-setting 44 million viewers in the U.S. 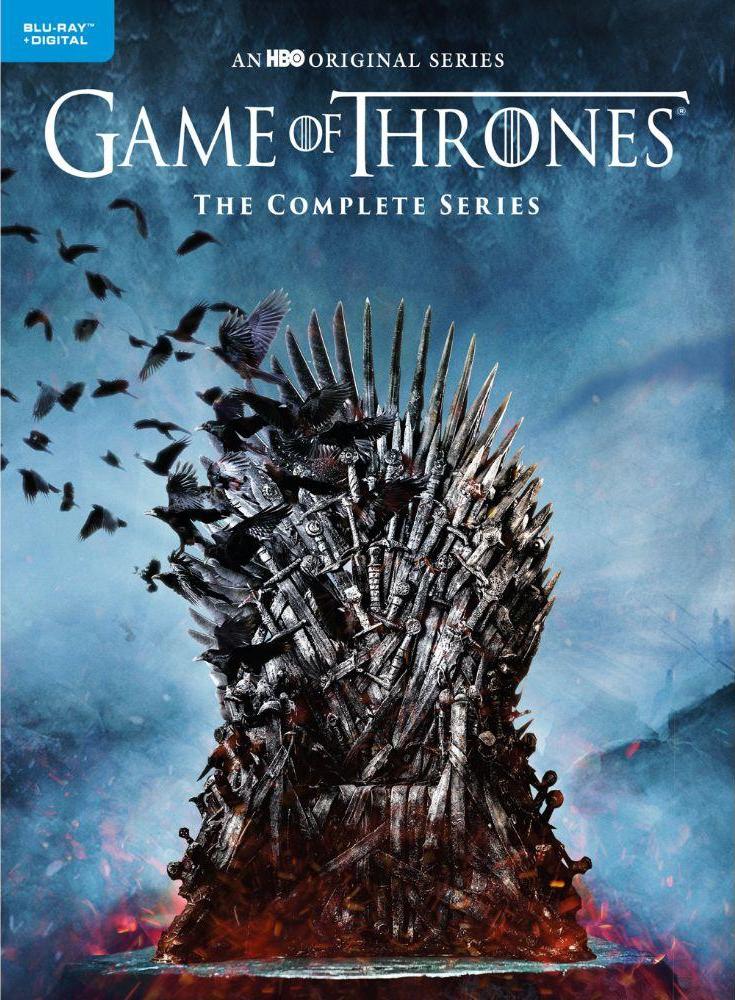 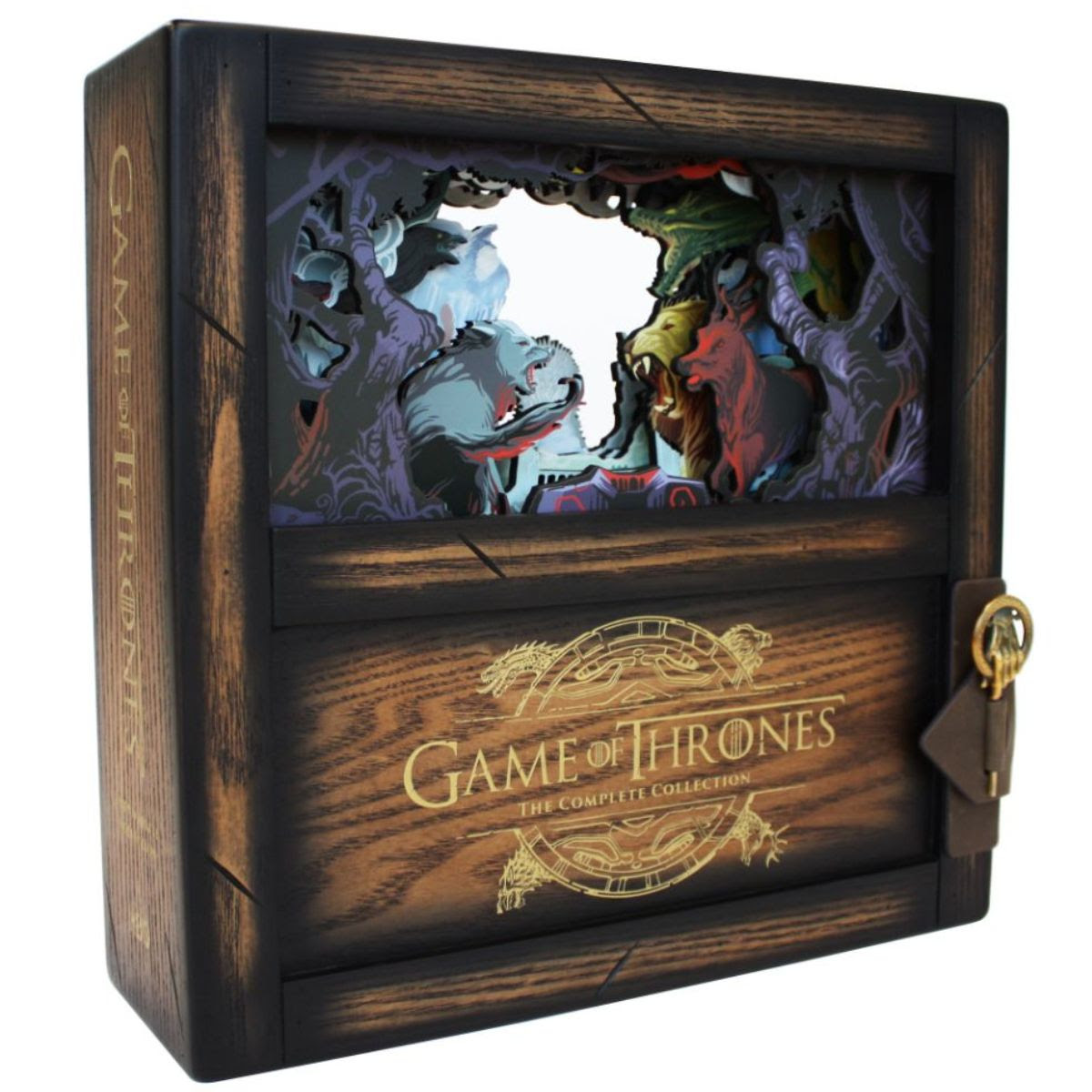 To relive key moments from the epic finale, check out photos by clicking on the VIEW LIST (ONE PAGE) button below!