Dark Phoenix is fast approaching and after multiple delays (it was originally set to be released last November and then this February before Fox settled on a June 2019 release), it’s now right around the corner. In this month’s issue of Empire Magazine, there’s a feature on the final X-Men movie from Fox and we’ve rounded up all the biggest reveals.

As well as comments from director Simon Kinberg on why he chose to retell the “Dark Phoenix Saga,” we also have details on why it won’t adhere to the comic books, and some surprising intel about characters like Professor X and Mystique.

It’s still hard to say what will become of this finale, especially after so many reports of reshoots which have reshaped the entire final act, moving it from outer space to a train. Kinberg doesn’t remark on those here but he does weigh in on Marvel Studios’ plans for the long-running franchise.

So, to check out these Dark Phoenix details, simply hit the “View List” button below. 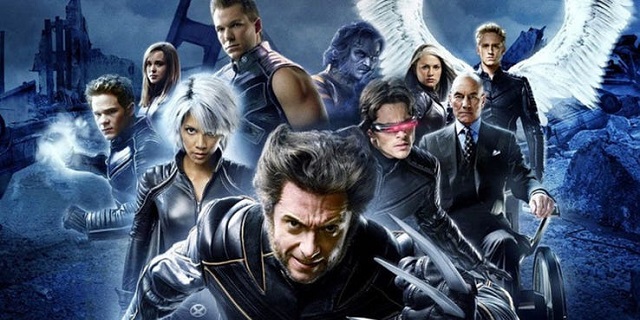 “I’ve lived with the guilt of that for many years,” the producer/writer turned director says when asked to reflect on how things played out for the Dark Phoenix Saga when it was adapted in X-Men: The Last Stand. “Somewhere along the way, not because I felt the movie needed it, the A-plot was imposed on the film from the outside.”

It sounds like he’s passing the buck but Kinberg went on to talk about how his style of “edgier” filmmaking will change the story.

“While there are a great many thing in X-Men 3 that I think do work, for me, the tone of that movie wasn’t to my taste,” he explains. “My taste is an edgier, more intense kind of filmmaking. And I feel we didn’t tell an authentic Dark Phoenix story. I’d always, after that film, wanted another chance to tell the story the way I had initially intended.”

Why Is Simon Kinberg The Right Choice To Helm Dark Phoenix? 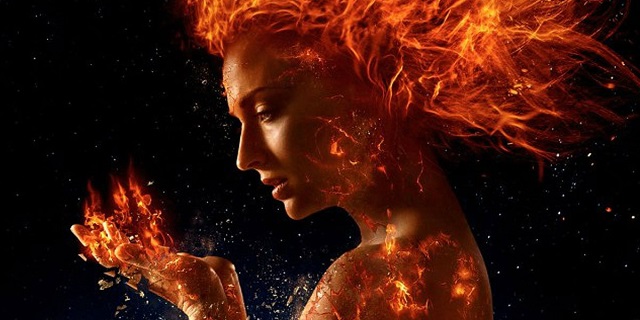 Kinberg’s fellow producer Hutch Parker seems confident in Dark Phoenix‘s chances of success with Kinberg at the helm even if most fans aren’t so sure. “I would have encouraged him to pick something smaller. You don’t get put under the same microscope. But this was a pretty great fit for a variety of reasons. He knew the cast inside and out. He the the world inside and out.”

As for who convinced Kinberg to take the helm, we have Jennifer Lawrence to thank/blame. “She said, ‘You should direct the next movie,'” the director reveals. “I hadn’t thought about it before then. But when she said it, I felt like, if the next movie is something I fall in love with as a story, I could think of no better first movie to direct.”

Making Up For Past Mistakes 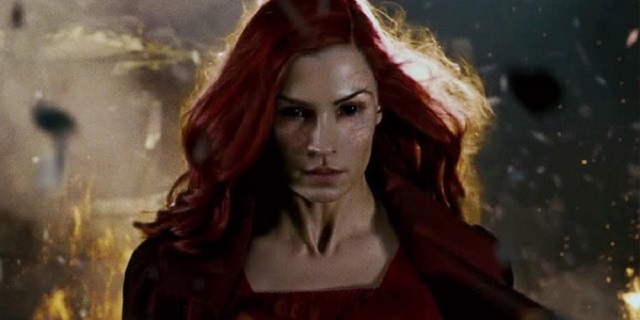 After acknowledging that bringing Jean Grey back in X-Men: Days of Future Past was “my attempt to reverse [X-Men: The Last Stand] to some degree,” Kinberg admitted that “I did feel extra pressure to get it right. The pressure of telling what is, for me, the greatest superhero story in comic book history.”

Whether or not he’ll succeed in doing it right obviously remains to be seen for now.

It’s Not A Faithful Adaptation Of The Comics 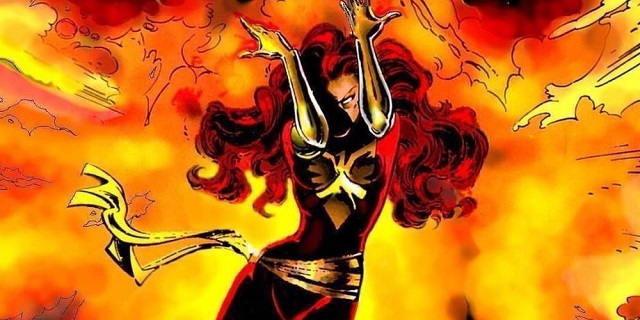 He also reveals that we shouldn’t expect to see the likes of Lilandra, Queen of the Shi’ar Empire. “I pared it down to make this a more character based, emotional, hopefully relatable story. That’s something I feel like we didn’t get right in X3, the emotion of being inside Jean’s experience. It wasn’t really Jean’s story. She was the object of that story, not the subject.”

This Is Jean Grey’s Movie 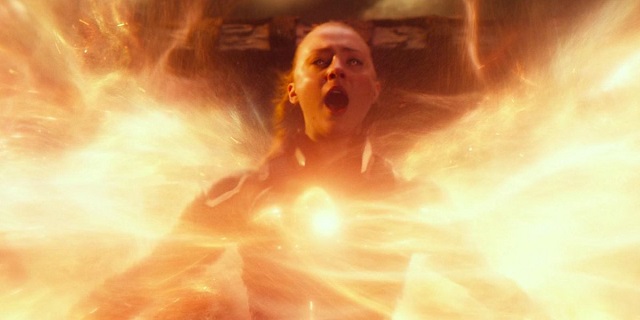 Kinberg makes it clear that Dark Phoenix is indeed Jean Grey’s movie and that put the pressure on Game of Thrones star Sophie Turner. “Sophie is not the biggest movie star in our case, but it is entirely her movie,” he confirms. “She’s in the most scenes, she has the most lines, she has the most emotional colours to play.” That definitely seems like the right approach to telling this story. 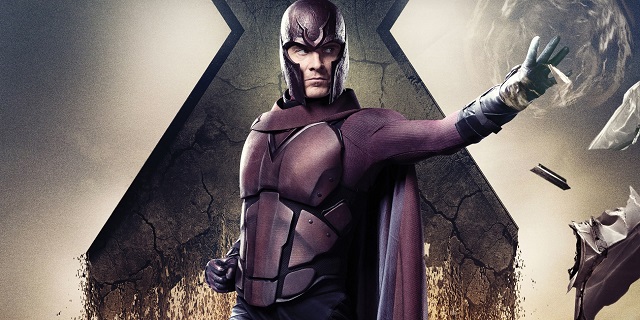 “I guess it wasn’t a very good movie,” Michael Fassbender says when asked to reflect on the failings of X-Men: Apocalypse. “It’s hard to make these movies. Sometimes it misfires. That’s just the way it goes.” As a result, that movie’s failings didn’t stop him from returning as Magneto.

As for James McAvoy, he says: “It would have been very hard to turn this film down with Simon directing it. I think we all felt like hat, it felt like the right thing to do. The franchise has been very, very, very good to all of us. And there’s a little bit of a sense of responsibility to the material and the studio and also to Simon.”

Is Professor X The Movie’s Villain? 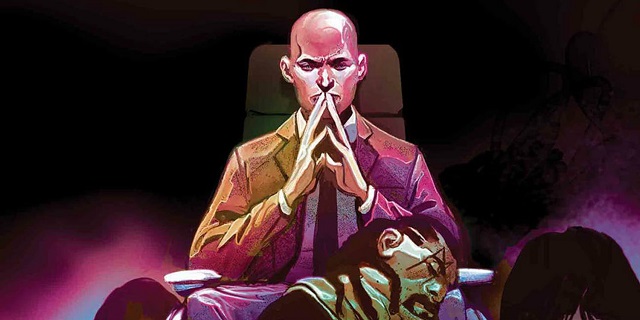 “I always thought there was something interesting about Charles trying to control something that becomes uncontrollable,” Kinberg says when asked why he’s revisiting the idea of Professor X using his powers to cover up some big moments in Jean’s past.

“And given that this movie is intended to be a modern film about an empowered female character, I felt I had to do that and not just touch on what Charles does to her but expose that and even vilify it.” That won’t go down well with some X-Men fans… 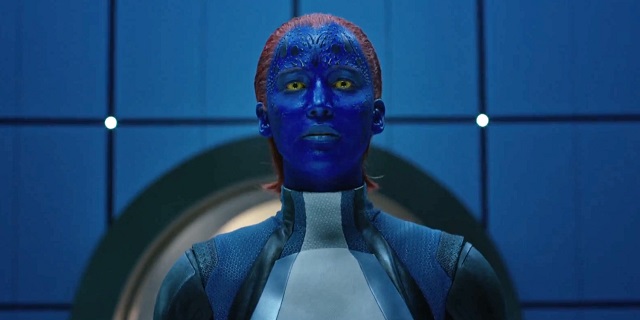 Fox spoiled Mystique’s demise in the trailer for Dark Phoenix and Kinberg has now offered an explanation for why he decided to kill Jennifer Lawrence’s character off (but not why it was spoiled so soon).

“I wanted their presence in the movie to have dramatic weight and consequence, which didn’t necessarily mean that they died. I started thinking about what the movie is about, which is Jean losing control and, as a result, the X-Men being ripped apart. And killing this character turns people against each other in interesting new ways. Also, if you kill someone that the audience expects is unkillable, they don’t know who’s going to go next.” 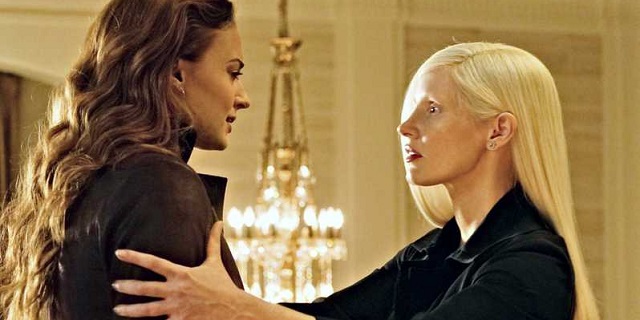 There’s still no word on who Jessica Chastain is playing in Dark Phoenix but the actress has shed some confusing light on who – or what – she is. “At first there was this idea that she would be ethereal…like an angel. And open. I’m not wearing make-up, which opens the face, opens my eyes. She has to look otherworldly, yet human.”

Here’s where things get really weird, though. “You know that stereotype of what happens when you’re so afraid that your hair turns white? Something happens to her and it’s just a bigger emotion than any of us have felt in our lives. It’s a primal fear.” In other words, it sounds like she comes face to face with the Phoenix Force at some point. 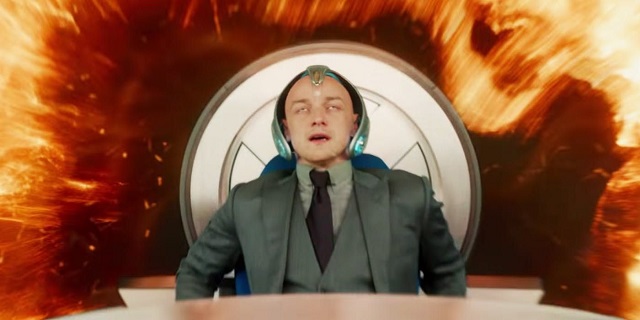 Disney and Marvel Studios will reboot the X-Men franchise after Dark Phoenix so how does Simon Kinberg feel about that? “I think we’ve all made our peace with the idea that we may have had our time with these characters,” he reveals. “If this is our last, make it count.”

It sounds like Kinberg saw the writing on the wall a long time ago, as he went on to talk about bringing this particular chapter to a close. “I approached this in a way as the culmination of this cycle. It’s the ultimate X-Men story. I didn’t approach it the way I approached some of the other X-Men movies, thinking, ‘What’s left to tell after this?’ I left it all on the field.”

Storm unleashes her powers here and, well, it’s not a particularly impressive visual is it? This battle pits the X-Men against Jean Grey and we know from the trailers that her abilities don’t have any sort of real impact on the hero’s Dark Phoenix persona. Perhaps that’s why Cyclops looks so shocked! 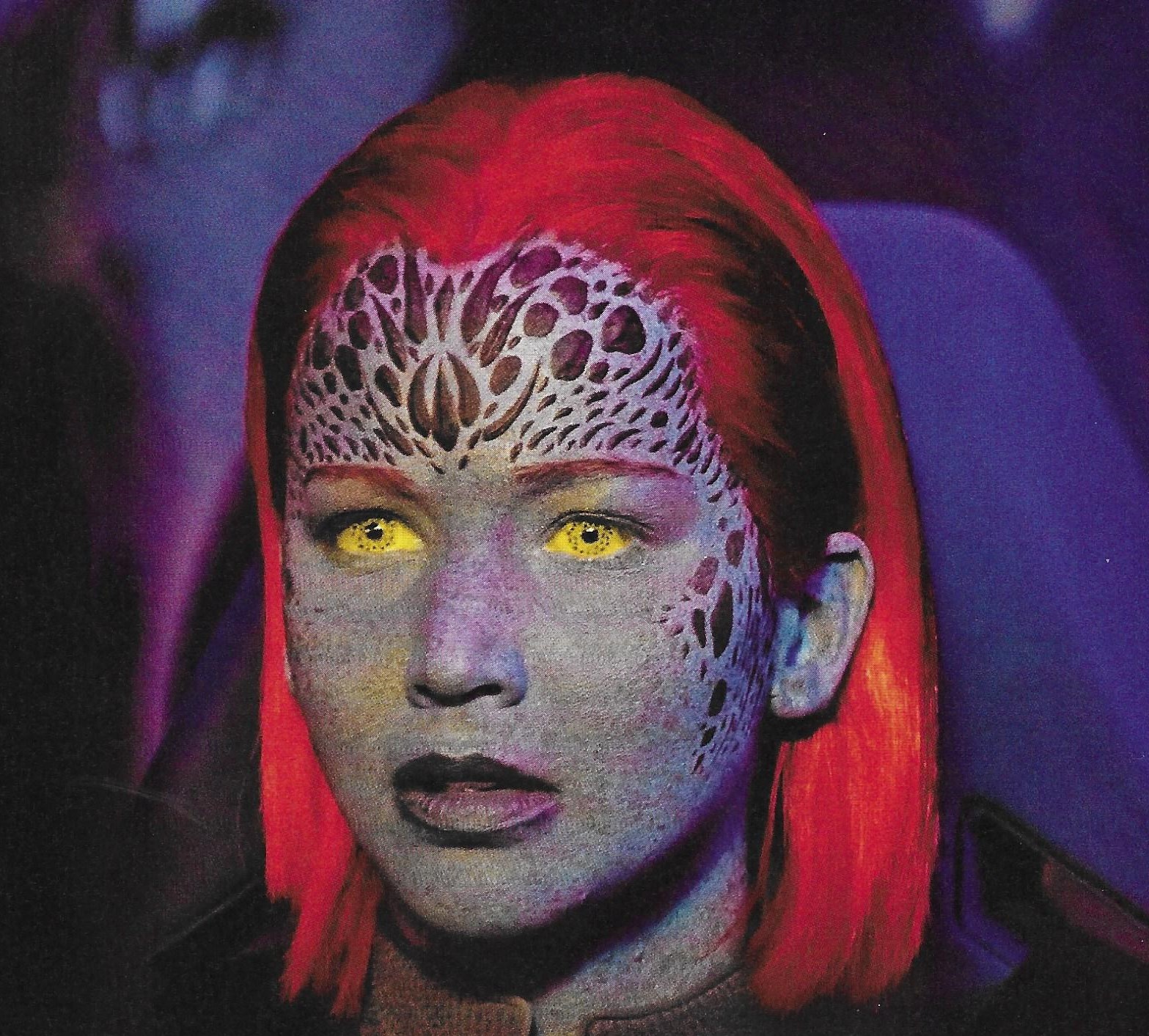 It’s not a spoiler to say that Mystique dies in Dark Phoenix because Fox decided to reveal that in one of the earliest trailers. As a result, don’t expect the hero (remember, she’s not a villain in this rebooted X-Men Universe) to have a lot of screentime here. 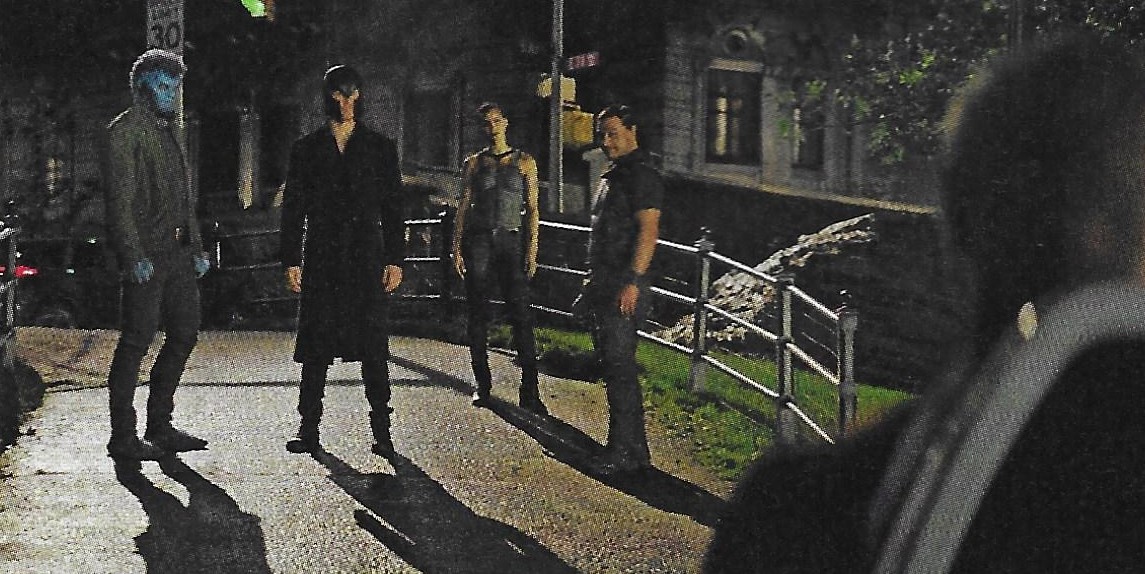 Magneto’s new Brotherhood of Evil Mutants is once again made up of C-List characters from the comics, but the most surprising addition is Beast. He’s always hated Magneto, but it appears as if Jean Grey killing Mystique has brought them together as they look to put the Phoenix down once and for all.

Is the X-Mansion in ruins here?

The franchise has often destroyed the team’s home, but this could be anywhere. Still, seeing Scott Summers and Professor X together like this is a really cool visual for fans of the comics.

Magneto has been the lead villain in pretty much every single X-Men movie, so we can probably expect Marvel Studios to give him a break when they reboot the franchise. With any luck, this movie is going to send him out on a high rather than casually killing the sometime hero/sometime villain off. 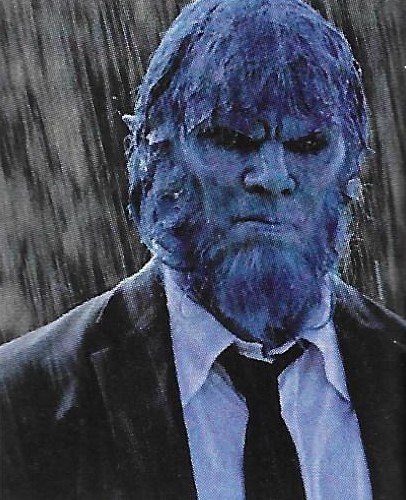 Beast is still a werewolf-type character in Dark Phoenix, but Fox has still done a pretty solid job of bringing the character’s beastly appearance to life on the big screen. In fact, he looks a lot like the Kelsey Grammer version we saw in X-Men: The Last Stand here. Based on what we’ve seen in the trailers, it seems as if this shot of Jean Grey is her mourning her actions after she killed Mystique in the heat of battle due to her Dark Phoenix persona taking over. 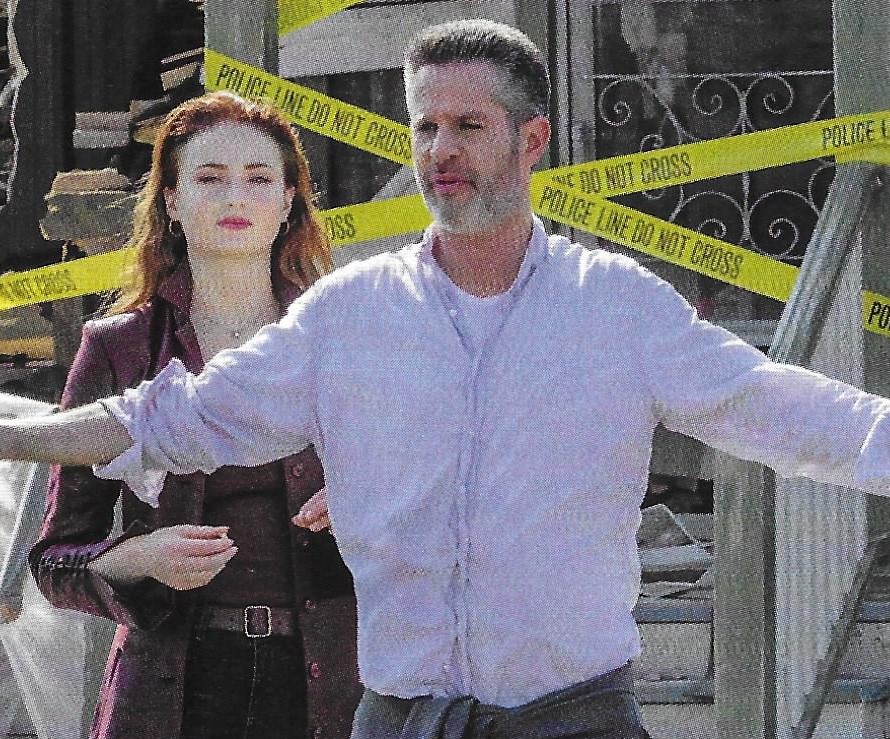 Director Simon Kinberg can be seen on set here alongside Sophie Turner’s Jean Grey, and while he’s been involved with this franchise for a while now, it appears as if his days working on the X-Men are numbered and nearing their end thanks to the Disney/Fox merger. 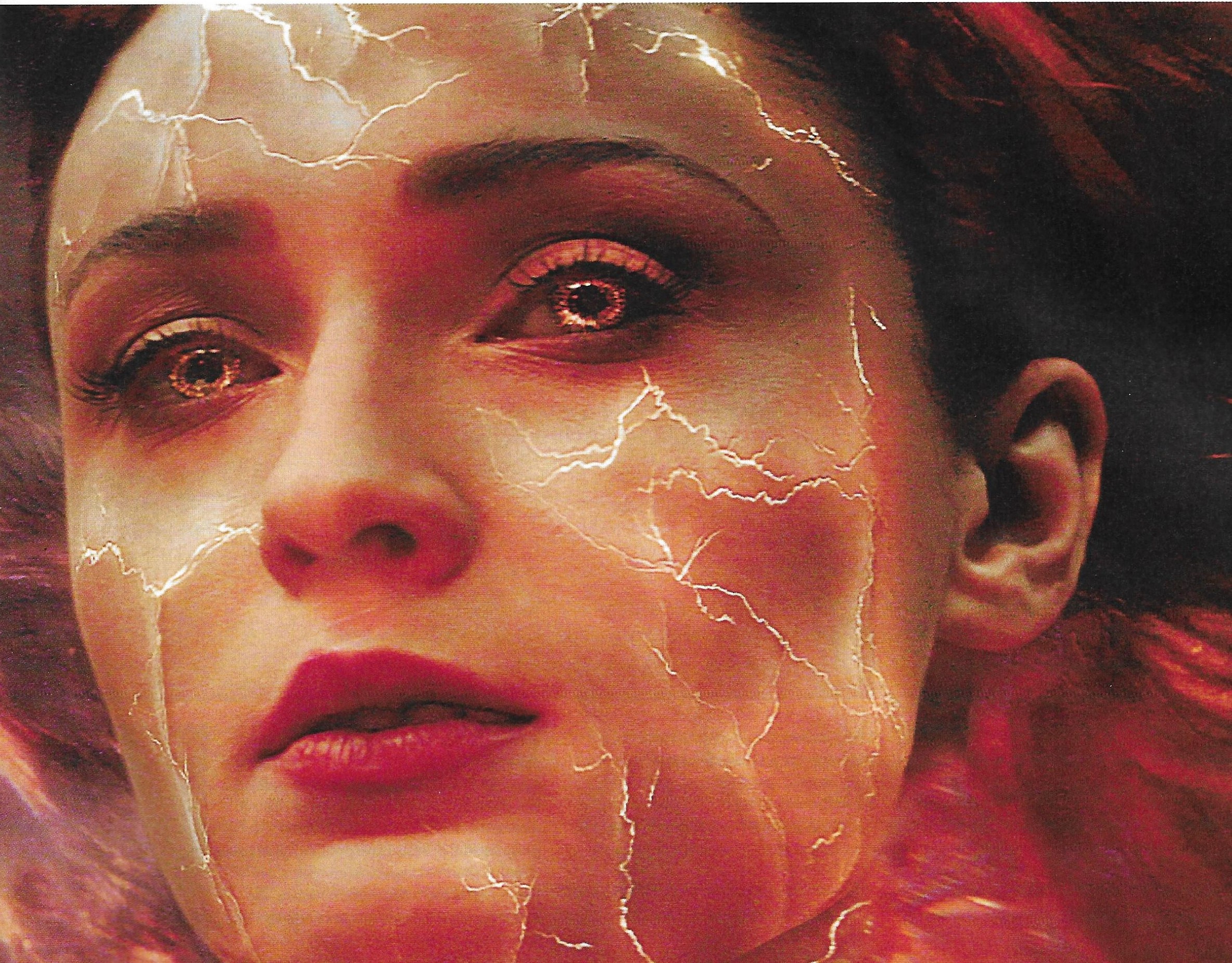 Are you guys excited for Dark Phoenix? Let us know your thoughts in the comments section below.