Earlier this week, The CW aired the final two parts of the Crisis on Infinite Earths crossover and it’s fair to say that we’ve been left with plenty to talk about since. As well as Ezra Miller’s mind-blowing cameo as the DCEU’s Flash, a new “Earth-Prime” was created, which means the heroes of the Arrowverse all exist on the same planet now.

However, there were also a lot of unanswered questions about the status quo of this world, missing characters who were supposed to be instrumental to the event, and much more besides.

We’ve combed through showrunner Marc Guggenheim’s post-event interviews to bring you guys a full breakdown of everything he’s revealed since the crossover ended, including the final fates of Smallville‘s Clark Kent and Lois Lane, what next year’s event might looks like, and what the plan was for Michael Rosenbaum’s version of Lex Luthor.

To check these details out, all you guys need to do is click on the “View List” button below! 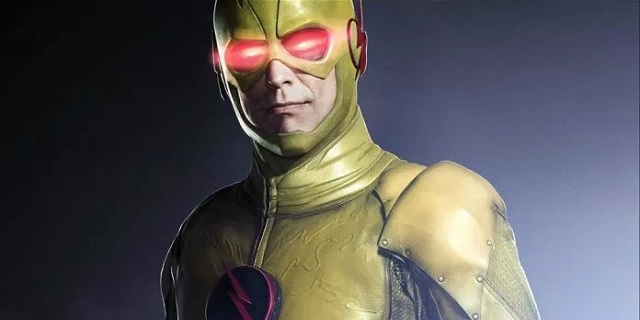 In the newspaper article mentioning the Flash’s disappearance, it was said that the Reverse-Flash was present the night red skies appeared over Central City. So, where was the villain?

“I guess what it really comes down to is not being beholden to a headline from six years ago that was not written by any of the showrunners involved in the crossover,” Guggenheim says. “A lot of things drive our stories, and a lot of things determine what choices we make. To me, tracking toward a headline written six years ago is literally the definition of ‘the cart driving the horse.'”

“We’ve had Reverse-Flash so prominent in the Arrowverse over the years, including in last year’s crossover and the crossover before that,” he continued. “I love the character and I love Tom [Cavanagh] as a person, and I certainly love Matt Letscher’s version, but you have to make choices.”

What Happened To Smallville’s Clark & Lois? 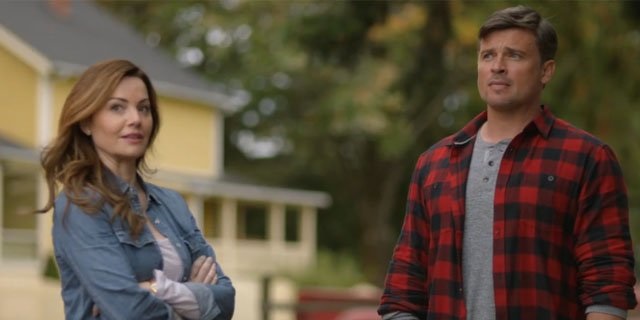 The reset button has been hit on the Multiverse after Crisis, but does that mean Smallville‘s Clark Kent has now been wiped from reality? “I absolutely can confirm that they’re still alive, they’re still living their happy ending,” he says. “Clark is getting the hero’s ending he deserves.”

Which Laurel Lance Is In That Arrow Spinoff? Next week’s episode of Arrow will serve as a backdoor pilot for the Green Arrow and The Canaries spinoff which is currently in the works at The CW, but which Laurel Lance is that? Has she been resurrected on Earth-Prime or is it still an alternate reality version? Answers are indeed coming.

“[Episodes] 809 and 810 will answer that question very definitively. You’ll learn which version of Laurel we have been left with in 809, and you will learn why that is the case in 810.”

How Did They Sneak Ezra Miller On To The Set? 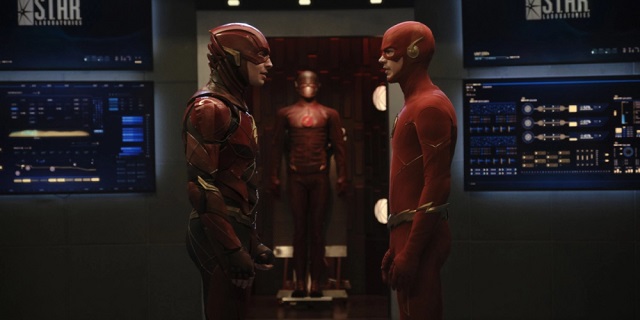 It’s crazy to think that Ezra Miller’s cameo in Crisis on Infinite Earths was kept a secret, but it never leaked online and it was actually shot after work had wrapped on the crossover event.

“The funny thing is you would think that we had to employ all these ‘CIA techniques,’ but he flew into Vancouver, paparazzi didn’t notice, he drove onto the Vancouver Film Studios [lot].”

“I want to say a sincere thanks to the cast and the crew — particularly the crew of The Flash,” Guggenheim adds. “Any one of them could have ratted us out, and you’re talking about a couple hundred people, but everyone worked together to keep this secret. We thought about announcing it, but decided it’d be so much more fun to surprise everybody.”

Are There Doppelgangers On Earth-2 Now? 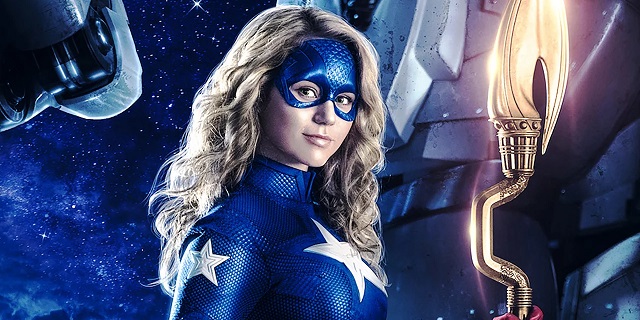 We caught a glimpse of Earth-2 at the end of the crossover, and its now the home of Stargirl and the Justice Society of America. But are there still familiar faced on that world?

“The thing that excited all of us is that we’ve created this new status quo,” Guggenheim teases. “You got a taste of it in [‘Crisis’] Hour 5, but the fun for all the shows now, going forward, is you get to peel back the layers of the onion on that. So, I don’t actually want to answer; I would much rather see those answers come in the form of the actual episodes.”

Why Didn’t Psycho-Pirate Appear After Elseworlds? 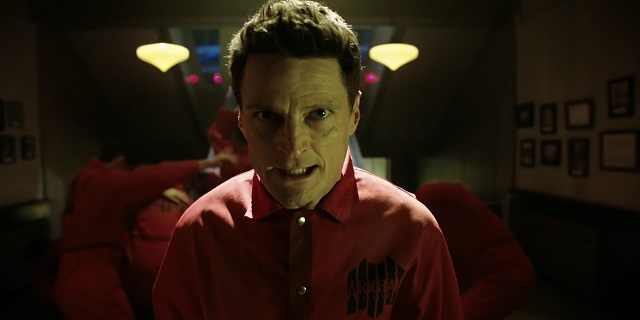 Remember how Elseworlds set the stage for Psycho-Pirate to play a huge role in Crisis on Infinite Earths? In the comics, the Anti-Monitor boosted his powers so that he could pit Earth’s heroes against each other, but he was nowhere to be seen during this event. So, why didn’t he show up?

“[We] actually had Psycho Pirate in various iterations, in various different ways,” he explains. “It’s funny, you go into this type of event thinking, ‘We’ve got five hours and that’s going to be all the time in the world to tell every single story and include every single character we want to and do every single moment we have in mind.'”

“When you actually start breaking it, you discover wow, there’s still never enough time and there’s never enough space to do all the different ideas. Psycho Pirate was one of those characters that was in and out, and in and out. We basically realized that given the story we were telling, the only reason we were having him in there was because he was in the original comic.”

“When we’re finding ourselves forcing moments just to be faithful to the comic, that stuff is usually the first kind of moments to go, actually, much to chagrin of my Twitter feed.”

Just How Much Has The Earth Changed? 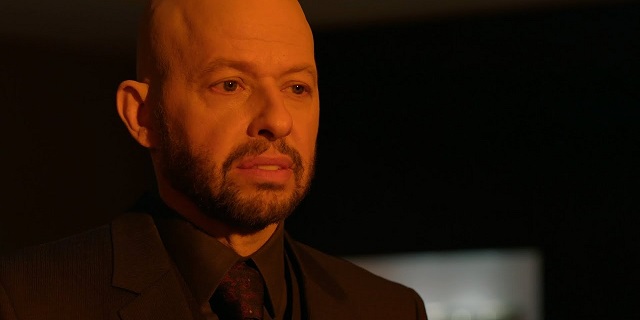 All of the Arrowverse’s heroes now live on Earth-Prime but what does this new world look like? Well, we can expect some big changes and Guggenheim points to some big Batwoman surprises.

“[The] thing that has us really excited is we have now put into our universe a new mystery which is: What does this post-Crisis universe look like? Each of the shows gets the chance to tell a piece of that story, and that’s really cool. I know, for example, what they’re doing on Batwoman and it’s friggin’ awesome, with some unbelievable, ‘What-the-f–k?!’ kind of moments.”

“In addition to the heart and emotion, the ‘what-the-f–k?!’ is in my mind what the Arrowverse is all about.”

Where Were Crisis’ Missing Characters? 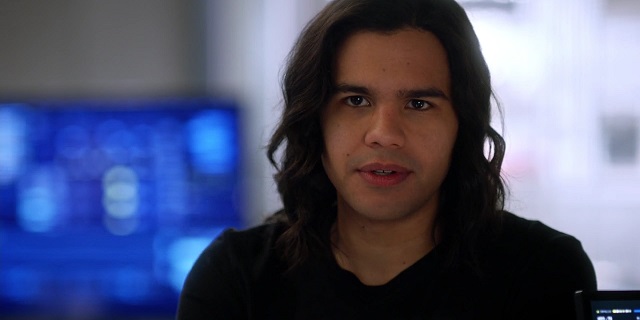 A number of key characters were M.I.A. during Crisis on Infinite Earths, including Black Canary, Cisco, and Iris West. They are some pretty notable omissions, so what’s the explanation?

“Maybe one day we will tell that story,” Guggenheim reasons, “but again, all of those actors need to be paid, and they need to be paid a crossover rate that is above and beyond their episodic rate. That forces us to make hard financial choices that unfortunately occasionally drive the creative choices.”

However, he added that the cost of those cameos did lead to fewer action sequences.

What Was The Plan For Smallville’s Lex Luthor? 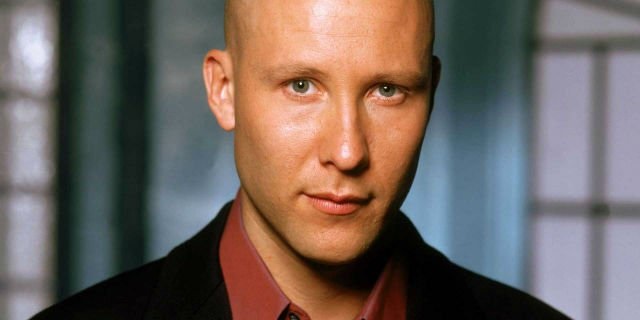 As rumours continued to swirl that Michael Rosenbaum would appear in Crisis on Infinite Earths, the actor took to social media to confirm that he had decline a cameo appearance as he was offered pretty much no money and given zero details about what it would have entailed.

Well, Guggenheim has now shed some light on that. “We had a version where he would have been in the scene [on the Kent farm] with Tom [Welling], and then the clock ran out on that [due to Welling’s availability]. I then had the idea of having [Rosenbaum] and [Supergirl‘]s Jon Cryer have a scene together, which would have been really, really cool.”

“It’s a bummer,” Guggenheim concludes. “Michael is definitely the one that got away.” It’s hard to imagine how The CW will ever top a crossover as grand in scale as Crisis on Infinite Earths and, well, they’re not planning to for the foresseable future as it happens!

“Look, I hate comparisons to [Avengers:] Endgame, beause it’s just not fair — we’re working with Endgame‘s catering budget — but Marvel didn’t follow up Endgame with Endgame 2. I think you’ve got to build to an event of this kind. The one thing we’re all in agreement on — cast, crew executives, you name it — is that we’re not going to go as big next year.”

“In fact, Mark [Pedowitz] and I were talking about ‘returning to the roots’ of our crossovers,” Guggenheim teases, “and I’ll leave it to people to interpret what that means.”

Why Is Lex Luthor A Hero Now? 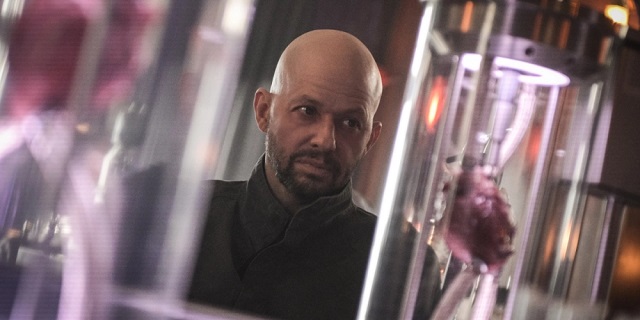 One of the biggest shockers on Earth-Prime was the reveal that Lex Luthor is now in charge of the D.E.O. and considered one of the greatest people on Earth rather than a villain. It’s quite a change, but one that sets the stage for a lot of stories moving forward; however, it wasn’t Guggenheim’s decision.

“That’s really a question for the “Supergirl” showrunners. I went to them, I said we’re going to do a reboot, we’re going to combine the universes, anything you want to introduce to your shows, now is a really, really good time. And this was something that [“Supergirl” showrunners] Robert Rovner and Jessica Queller came back with. We were all really excited about it.”

Was Grant Gustin On Board With Ezra Miller’s Cameo? 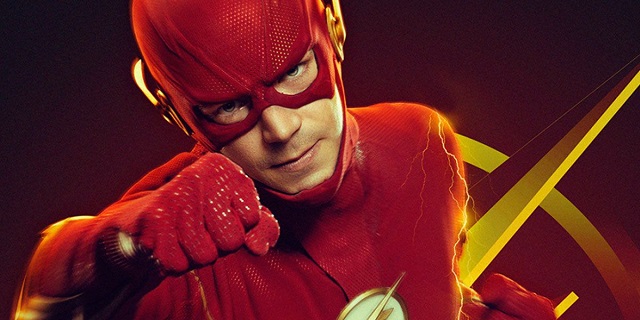 There’s been some friction in the past with how the small screen DC heroes have been treated in comparison to those on the big screen, and Stephen Amell, in particular, was disappointed with the decision to cast a new Flash for Justice League rather than using Grant Gustin. So, was the actor on board with Ezra Miller joining him here? As it turns out, he loved the idea.

“I called Eric Wallace who who is the showrunner of “Flash,” and he called up Grant Gustin — because the one thing that was our only concern was the thought we didn’t want to do it unless Grant was 100 percent on-board with it. And he was. He was incredibly enthusiastic and on-board with it.”

“And then we got on the phone with Ezra Miller and told him the scene I had written and he was completely into it,” he adds, making it clear that both Scarlet Speedsters loved the scene.

Were The Wonder Twins Ever Going To Appear? 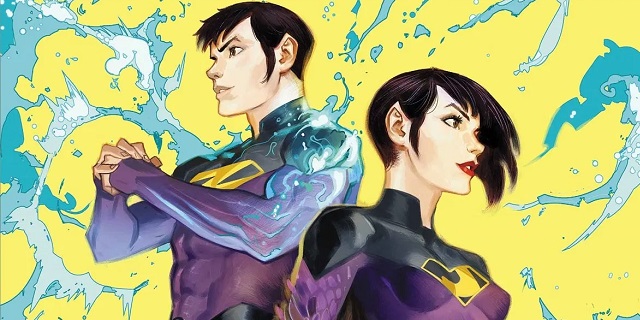 The crossoever ends with a tease about Gleek and the Wonder Twins, but were those heroes ever going to join the Arrowverse? Nearly!

“That was something where we knew we wanted to end with that fun bit. There were early versions of the draft that had the Wonder Twins actually in it. I consider the Wonder Twins kind of a jump ball: We’ll see what show wants to grab it.”

Why Didn’t We Get A Krypton Cameo? 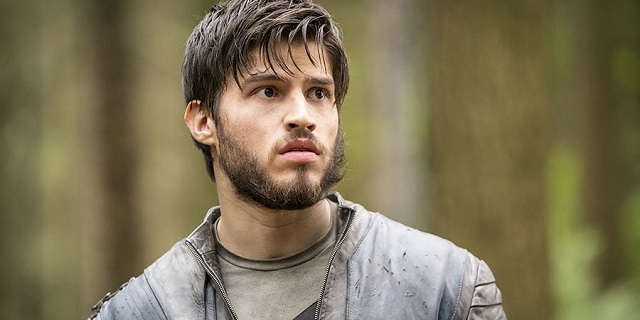 Krypton was recently cancelled but it was still surprising not to see the series referenced in any way. Asked if Cameron Cuffe was considered, Guggenheim reveals that we did nearly get to see Superman’s grandafther in the Arrowverse. “In general, I don’t like to comment on who I tried to come in or not. But he either sat in a movie or auditioned for a movie and couldn’t make the schedule.”

“We had actually written something and he would appear correctly in Hour One, the Supergirl Hour.”

Many thanks to Daily Gaming World, Entertainment Weekly, TV Line, and Variety for the quotes used throughout this post!
Categories
Recent Posts