As the star of the best live-action Batman films to date, Christian Bale was naturally asked to share his thoughts on Joaquin Phoenix’s Joker movie and if Robert Pattinson has sought his advice. 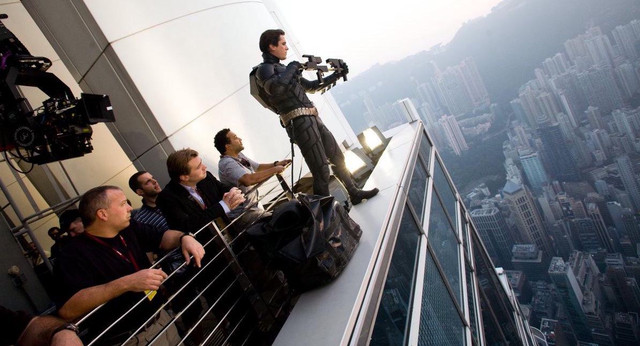 Christian Bale is still at TIFF, promoting his upcoming film Ford v Ferrari and while walking the red carpet he was stopped by Entertainment Tonight, who mentioned that Joaquin Phoenix’s Joker would be screening just a few hours later.  “Oh, he’s here.  Joaquin is one of the best actors around.  Obviously, I worked with Heath and it’s a brave thing to follow up that performance but he always makes really interesting choices.  I’m dying to see it, I wish them the best with that.”

Before Bale could depart, he was quickly asked if he’s been in touch with Robert Pattinson, who’s set to launch his own trilogy with director Matt Reeves.  “He hasn’t [been in touch], but I think he’s a fantastic choice,” said Bale as echoed a statement he made yesterday on Pattinson’s casting.

As luck would have it, Pattinson was cast as The Dark Knight while in the middle of filming Christopher Nolan’s Tenet so while he’s yet to seek out advice from Bale, one of the first people he spoke to about the role was Nolan.